Posted by Andrew Wheelock on July 29, 2016
The opening keynote address was from Dr. Michio Kaku.  His presentation was highly entertaining and mind expanding, to say the least.  One of his catch phrases during his talk was,  "The internet is everywhere, the internet is nowhere".  This phrase was meant, in my understanding of it, to emphasize the amazing impact that the internet, and the technologies developed from it, have on our lives.  So integrated has it become that we hardly think about how we are using the web in general.  He made an interesting comment, as a futurist, saying that as the music industry has become digitized, (think the remarkable transition from record players to iPhones) so to will medicine and education become digitized.
This point has stayed with me since the conference has ended, and I think barring a nuclear or natural disaster, the notion of a digitized education landscape is indeed in the future.  While education always seems to embrace change warily, I do think that in 10 years digital devices and content will reign supreme.  And the proof is in the conference itself.  The major players in the technology industry, namely:  Google and Microsoft made a huge imprint on the conference.  As I walked the session hallways, all too often I would see Google Based or Microsoft based presentations with standing room only lines.  Google's Apps for Education as well as Microsoft's Office 365 apps and tools are certainly getting lots of attention, and for good reason.  While many of these tools are being used on the substitution level of the (SAMR) Spectrum, the future of their use along the redefinition model can be predicted.  For example, students using these platforms to create multimedia performance assessments, taking notes digitally, collaborating seamlessly, is an easy reality to imagine.
In other words:  Schools truly changing the model of education to achieve, anytime, any place learning with schools becoming hubs for support, engagement, and collaboration.  Sports teams using technology on the sidelines to keep track of live time data or video analysis, etc.  So many other possibilities.

As a quiet sidenote...while Microsoft and Google seemed to be everywhere... Apple seemed to be nowhere.  Perhaps I just missed them, but I really didn't come across many sessions with their logo as highlighted tool or project.  When I walked the vendor floor, I didn't see any Apple exhibitors or people with Apple t-shirts, etc.  (Not to say there weren't plenty of participants with Mac Computers and iPads)  I found it interesting, and as someone who likes Apple and their educational endeavors, somewhat sad.  Where WERE they?  Why have they left education?  Or.... Have they?   It is my hope and theory that Apple is in development with something really big and bold.  So I am holding out hope.  They certainly are one of the biggest "digitizers" in the game.  Fingers crossed that  something new is coming.
As a last sidenote, I did notice a company that is certainly familiar to most of us, make a big splash in the educational market.  Amazon had a wonderful booth at the vendor floor with lots of energy and traffic.  They are getting ready to release full scale the Amazon Inspire- Education Platform.  Still in beta, from what I saw this should open up some interesting new tools and ideas for the future of digitizing the educational system.

ISTE as always, inspired me.  This year though... it made me think deeply about the future.  And the Future looks.... digitized! 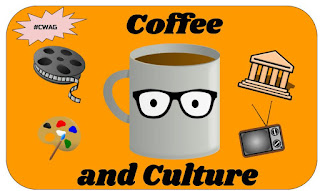